Because it’s a retrospective about my writing, you see? So it’s a writrospective! Even if you don’t care about me or my work, surely it was worth clicking on the blog post just for that pun? See diagram for more details.

Anyway. I have more or less reached the point where all my free time is booked for the remainder of the year. Might squeeze in an hour or two somewhere, but I doubt any more substantial writing work will happen before 2015 hits.

So I thought I’d take this chance, late on a Thursday night, to look back on what I did/achieved this year, in and around writing, and whether it met my lofty goals from twelve months ago. Don’t worry, it won’t be pure self-congratulation – I missed almost all of those goals, but not completely.

At the start of the year, roaring through the second major storyline, I’d already more or less settled on the idea of self-publishing my Hobson & Choi webserial in some form. We were some distance away from the final format but my vague goal was: get one – maybe two – H&C books out by the end of 2014.

Well, The Girl Who Tweeted Wolf appeared in July 2014, book two is scheduled for late January 2015. I think I’m going to say this goal was almost entirely a success. Don’t worry, misery-fans, this is the only one.

Not only has that first book sold a few copies (not millions, but more than I’d conservatively estimated), but it was stocked by the excellent Big Green Bookshop as part of their small press programme and sufficiently demanded by readers to graduate from the small press shelf to the big press table.Look, here it is in situ: 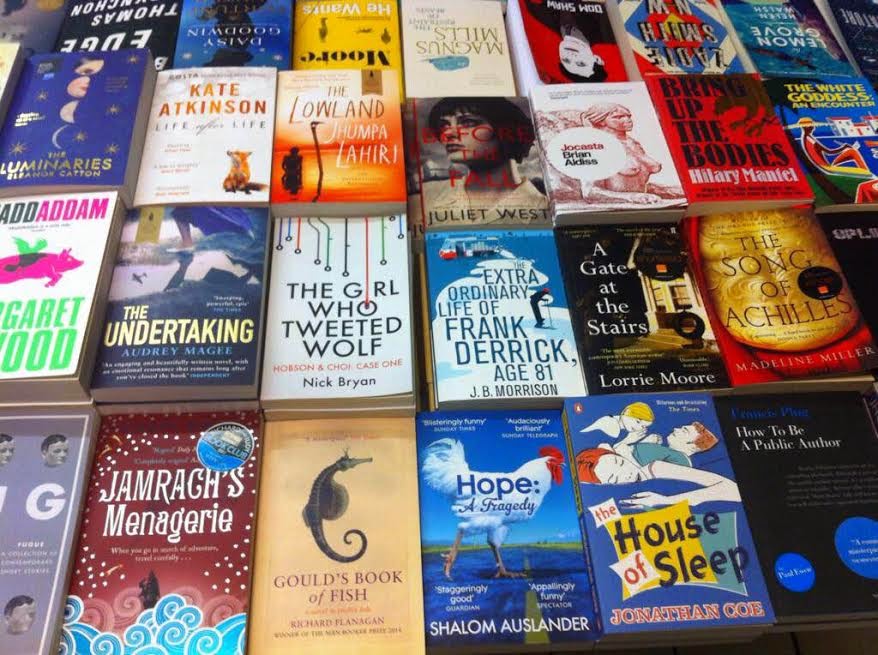 That picture definitely makes me happy I paid for a decent cover so my book wouldn’t look embarrassing next to others. Anyway,  if you live anywhere near Big Green and want a copy, go grab one there. And if you too are a bookshop and want to stock H&C, get in touch and we should be able to sort something.

For the non-bookshops among you, stay tuned for Rush Jobs in around a month. Cover reveal coming dangerously soon after January starts. Sign up for the launch blog tour here if you want.

I haven’t entirely managed this one. But as of about a month ago, I have completed the first clause, a good draft is done, so I don’t feel like a complete waster. Basically, two things happened to get in the way of this goal:

On the one hand, I’m quite pleased with the systematic, steady and ultimately (I hope) successful approach I took to editing this one. On the other, it still took a while. There are only a handful of scenes in the book that haven’t been rewritten and/or replaced entirely once since the first draft, and some multiple times.

I know a few people who are currently trying to get editing done, we all finished our first drafts at a similar-ish time, and I think we’re all finding the next stage takes a lot longer than we expected. Such is life. When screwing around with a big house of cards, one change has more knock-on effects than you expect.

Still, damn near there now. I’ve been working on my cover letter and hopefully the second half of the target can take a battering in the new year. Woohoo/gulp. 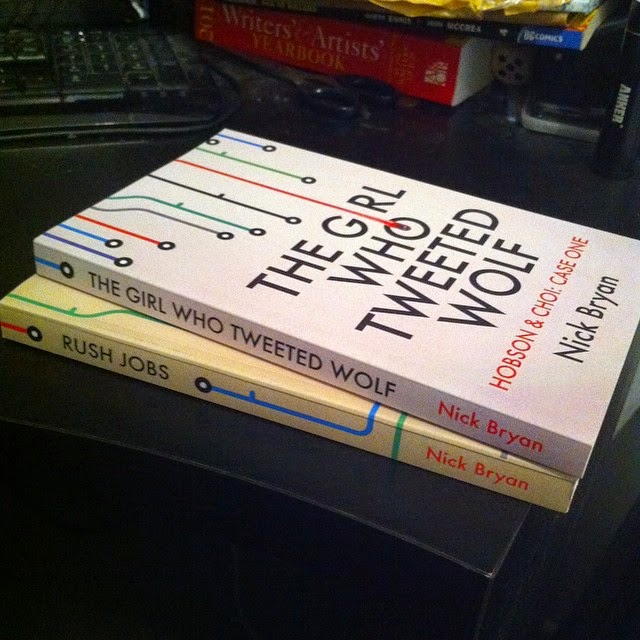 We’re basically at the Total Failure section now. Well, I lie, I wrote the first 1,500 words of this novel yesterday, largely to avoid admitting I’d blown this target.

Obviously, this plan imagined a world where I finished the fantasy book much earlier, spent the last third-ish of the year sending it to agents and could do a decent chunk of this first draft for NaNo. Instead, I spent NaNo concluding those edits and this didn’t happen.

Still, once the Rush Jobs publication is out of the way, I live in hope that I will be able to forge on with this and have (at the very least) a non-shit first draft done by the end of 2015, if not a complete second or third out to betas.

And this, kids, is how I live, constantly balancing targets to make sure I can never relax for a second. I also have about five thousand words of notes on the project after this one, but I’m not putting that on the official to-do list yet, as I value my mental stability.

Still, despite the theoretical missing of many targets, I got a lot done this year, and that’s not even counting the almost-50 chapters of H&C webserial I wrote. I have almost two real books (as illustrated above) to show for it. Writing-wise, things are moving along. I even went to my first ever convention at Nine Worlds and had a great time.Go team me.

Maybe I deserve the enforced fortnight off writing I’m about to have. If I don’t make it back before Christmas, have a good one. I should go to bed now. The now-regular annual Top Ten TV Shows should follow after I’ve seen the Doctor Who Christmas Special.