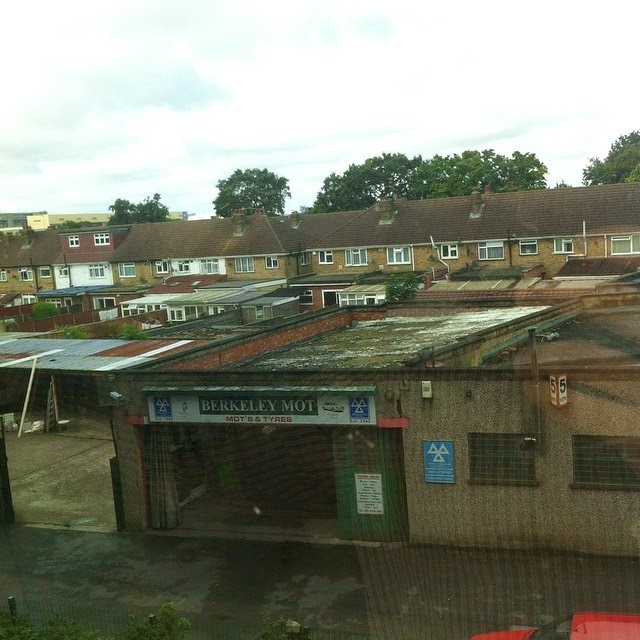 This weekend just gone, I was at the Nine Worlds convention in Heathrow. Regular and well-behaved blog readers will have read my pre-game post last week, in which I revealed that this is my first convention, despite having wallowed in nerdy interests from the age of about ten.

So, how did it go? Well, I didn’t achieve my goal of taking interesting photographs, for sure. To my right is the view from our hotel window, which was one of only two pictures captured during the con. For the second photo, as well as opinion of the actual event, continue reading…

As you may have gleaned if you follow sufficient geeks on Twitter, Nine Worlds was pretty excellent. Just the right number of people, a brilliant range of events and, most spectacularly, threading the needle skillfully between positivity and PR.

Because, too often, many conventions look like you’re basically being gathered in a room to be advertised at, and that’s one of the reasons I’ve taken so long to go to one. But Nine Worlds designed all its panels around discussion of a topic, either serious or silly, and everyone turned up ready to say something worthwhile about those points. I’m not saying no-one ever honked the BUY MY STUFF klaxon, but for the most part, it was as a sideline to an engaging discussion.

Maybe that’s the result of the con being organised primarily by the fandoms rather than the studios/publishers, and it worked well. Even the publisher-sponsored Saturday night party on the book track didn’t over-do the sales pitch, and kudos to them for getting their tone right. And giving me some free books. (I’m only human, alright? Read my balanced analysis and shut up.) 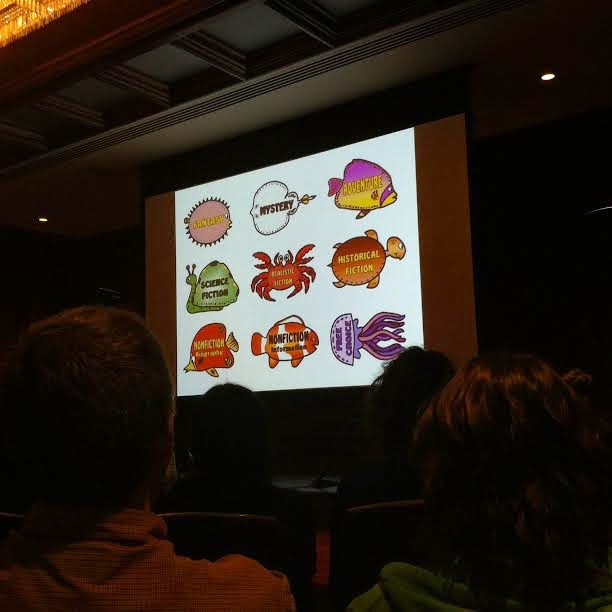 And now, here’s the part where I name some of my favourite panels, hoping not to miss any really good ones and feel like a dickbag. I’ve got the programme open in front of me, so hopes are high.

I think that’s everything I wanted to say about the actual panels. This has run a bit longer than I intended, but honestly, it was a great weekend and I kinda wanted to write it down.

Aside from that, yes, there was some drinking on the Saturday night, and it was jolly lovely. I can’t pretend I saw any sci-fi authors drinking the urine of fans or inter-fandom honour killings – some great cosplay though. Especially the bloke who came dressed as Sharknado – amazing. Should’ve taken a photo, really.

I can’t pretend I networked fervently, but I had enough friends and nice Twitter folk there to keep me plenty company. For a first-ever effort at conventioning, that’ll do fine. I sold two e-copies of my book at some point on Sunday, I’m going to assume because I was doing awesome work with my Nine Worlds presence. (Even though they were both from the US Amazon site. Shut up.)

So, yes, Nine Worlds is a lovely con, offering substantial discussions, fun events and a great atmosphere. Unless your main convention need is a range of A-list megastar TV guests, I think it’s worth a look. I’m almost certainly back next year.

And that’ll be all for now. If I spoke to you at Nine Worlds, whether for ten minutes or all bloody weekend, hello again. It was an excellent time. If anyone wants one of these flattened cereal bars from the bottom of my bag, please send an addressed envelope with the necessary postage attached.