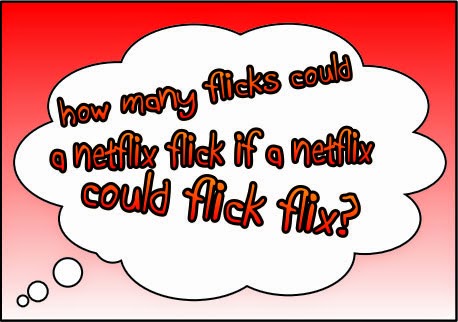 In the last few weeks since my birthday, I’ve catapulted myself hard into the world of unlimited on-demand media. Yes, I already had things like BBC iPlayer, 4OD and American equivalents, but this was the next level: Netflix for TV and the Marvel Unlimited service for comics.

After years of only watching carefully selected shows and targeted media, going back to having a wide range of stuff I might like available and choosing from it has been a strange experience. It’s like when I was young and I used to read TV guides and consider watching new stuff.

Only with comics too, which is where the comparison breaks down.Anyway, after two months in the new world of everything-you-could-ever-want rampant consumption, here are the observations I’ve made.

Staring At The Menu

First big discovery: how long I can just gaze at the list. If all the time I’ve spent scrolling through the contents of Marvel Unlimited and Netflix was used on content consumption, I would be the GURU by now. More than once, I’ve opened up the apps because I have half an hour to kill and want to fill it with a show/comic, only to spend that entire thirty minutes just browsing the catalogue.

Marvel Unlimited is particularly good for window shopping, by the way – hours of fun tittering at silly covers and titles from the past of superhero comics. Like good old Giant Size Man-Thing, or the 1992 X-Factor cover pictured to the left – a devastating warning from history about the dangers of cybersex.

This brand of procrastination eases up after the first few weeks, but my tiny brain is always kinda paralysed by the volume of stories I could be consuming. What if I’m not watching the right ones? What if I’m missing a classic? Do I worry about stuff too much?

(The correct answer to that last question is YES.)

Honestly, I never got into channel-surfing. If I have a few minutes of free time, I generally find a book/DVD/comic from the list of Important Stuff I’ve Planned To Experience, rather than switching on the TV and seeing what’s showing.

But the discovery of already-available all-you-can-eat media deals has gifted me the opportunity to finally see a lot of shows I’d glanced at before and decided, well, I’ve already got enough to watch. It’s all there, one click away, so I can put it on in the background while I’m doing low-brain activities (like typing out and proofreading blog posts, or fiddling with Scrivener compile settings, or just surfing the internet without the slightest pretense of achievement).

Or I can sit back and read comics I’d not bought because I only quite fancied reading them, rather than desperately wanting to, and comic books are rather expensive. Or at least, they were before the advent of the Comixology sale. Digital comics saved my interest in the hobby, to be honest.

So, that’s my big reveal about my feelings for today. Do post about your similar feelings in the comments if you want to help me feel okay about myself.

Oh, and if you too have Marvel Unlimited and want some good reading material, I wrote a homage to Christopher Priest’s Black Panther series a few weeks back, and I stand by every word. Check it out.

This blog post was finalised whilst half-watching an early episode of Castle.