Hello. Been a while.

So, after what feels like an eternity but has actually only been around five months (oh, no, that is actually ages), I’ve managed to fully move over to my glorious new website. We are now live here at Nick Bryan Dot Com, the shiny new modern version with much less clutter and lots more plain white space. 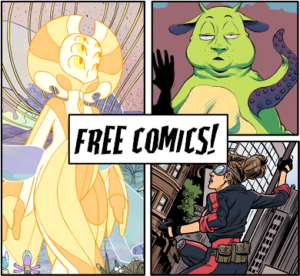 The main point, though, was to bring it all up to date with what I’m actually doing nowadays, which meant a prominent place for all the comics I’ve written lately, including a few that never made it onto the old comics Tumblr from my time working with the great people over at The Comic Jam.

And yes, it also means winding up the Patreon I’ve been running for a few months – I took six payments, I commissioned six comics (the sixth will be with you soon, you might be able to see a preview in the image to the left), but I’d like to try and get into some longer not-all-free-online stuff, and so Patreon seemed a bit counter-intuitive.

Oh, and yes, there’s still a Hobson & Choi page, albeit a sleeker, shinier, lovelier one. And once I’ve made the final few tweaks to the print layout, you may even be able to pre-order book five. At the moment, you can see a frankly dazzling mystery-preview image in its place on the page.

But (for that reason), we’ll probably talk H&C more in a week or so. In the meantime, drink in the gorgeous new layout, enjoy the free comics, consider subscribing to my monthly newsletter thing that should be going out for April pretty soon – probably around the time I sort out those H&C5 pre-orders – and yes. Good to be back.