Hello, and welcome to the final section of my Best of 2013 series. Earlier posts covered Music, Movies and Podcasts and Books and Comics, and now we’re finishing on TV, the only area of culture to get a whole post of its own. Well, I do blog about it a lot, so I seem to have accrued more opinions. To make those thoughts easier to digest, they’re arranged in an internet-friendly Top Ten format.

If you want to compare and contrast, my Top Ten of 2012 appeared on The Digital Fix as I was TV editor at the time. I am no longer, as I wanted to devote more time to the fiction writing, so we’re over here for the 2013 countdown. I’ve stuck to show which actually aired in 2013, and there are some omissions simply because I haven’t seen them – Netflix’s new House of Cards series, for example, may well have made the list if I’d viewed it. (I got the DVDs for Christmas if that helps.) 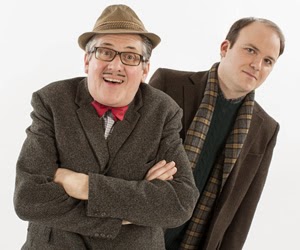 A new sitcom based on a radio series by and starring Steve Delaney, who cowrote the TV version with Graham Linehan, Count Arthur Strong followed a former variety star who now hangs out in a Polish cafe, through the eyes of his deceased business partner’s son. A lovely dose of old-school sitcom silliness, with a sprinkling of genuinely moving material about age and our attitude to it.

Enjoyed this a lot, and even though not many people seemed to watch it, a second series was commissioned. Hopefully the BBC will keep giving this time to develop, as I think it’s a great funny-yet-sad-yet-uplifting show. Check it out on DVD or similar if you can. 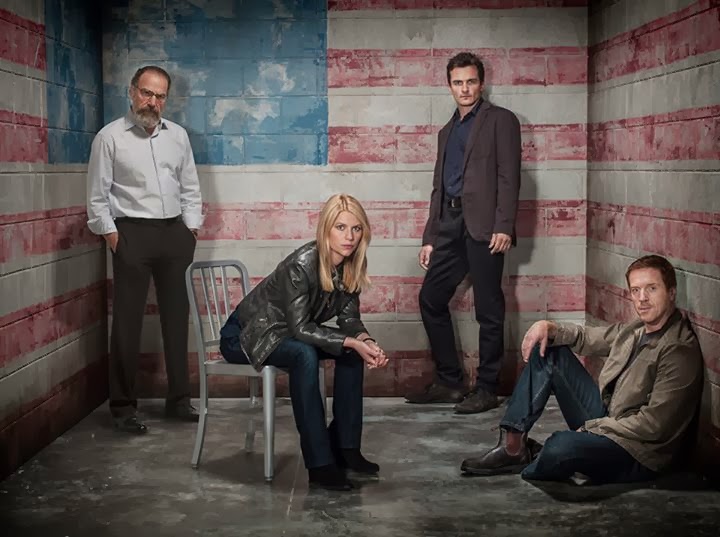 Homeland had a strange conclusion to 2012’s second season, a confused few weeks that suggested the writers were feeling trapped by the success of the Brody character and subsequent commercial pressure to keep him alive. Well, this year they shoved him off-screen for most of the run and only brought him back as a doomed, broken man, crushed by the meta-knowledge that his story arc had long ago concluded and he was living on inertia.

If nothing else, the people who rooted for him to die must be feeling vindicated. A slow start, some early episodes were flat-out dull, but the last half of the season was so tense and well-characterised that I wanted to give it some recognition. 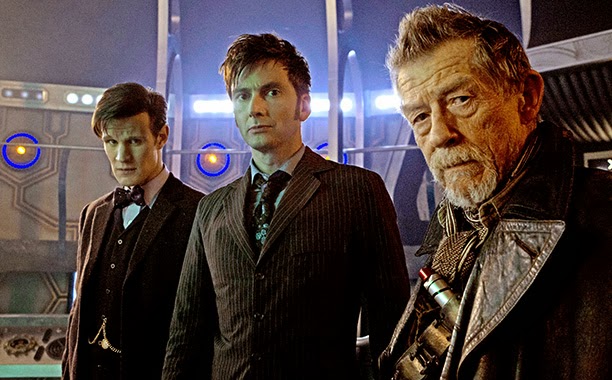 The placement of Doctor Who was one of the biggest headscratchers for me compiling this list. The anniversary special Day of the Doctor was among my favourite TV episodes of the year, and I kinda enjoyed last week’s Time of the Doctor for what it was, but that eight episode run in spring was… just rather middling, in my opinion. Nowhere near as consistent as the shows higher up the list.

So I weighed up all that, and it’s landed here at #8. Still, the anniversary stuff really was excellent – the surrounding celebrations as well as the special itself – and I’m looking forward to the Peter Capaldi run next year. 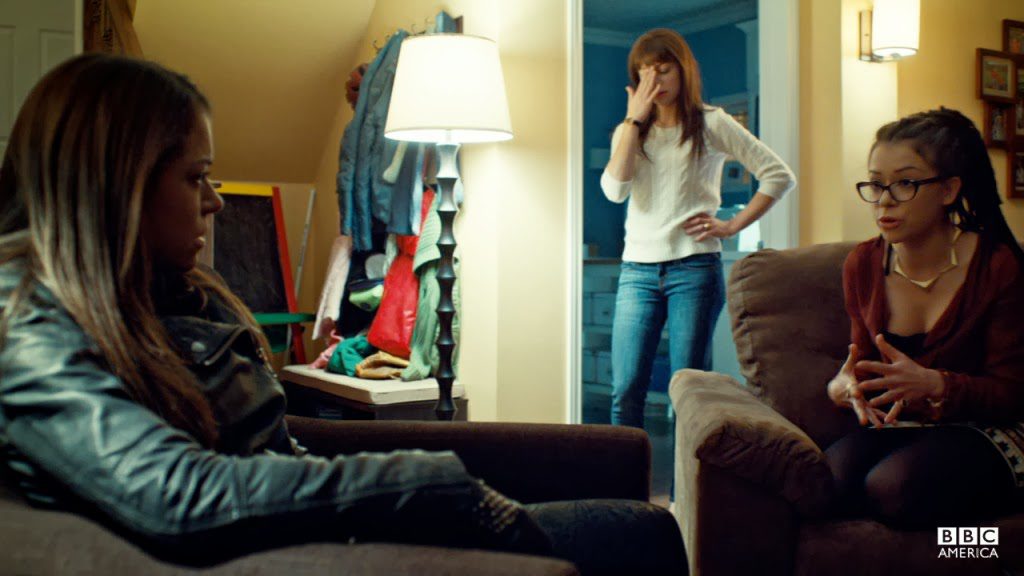 It’s always good to see a genuinely new and interesting property in the sci-fi field, as too often the same motifs get rather hammered, and Orphan Black certainly took clones to new heights. Not a perfect show, hit a few cliches quite hard, but the chemistry between the different multiples, all played impressively by Tatiana Maslany (even if one or two of the accents were dodgy) was fun to watch, and a couple of episodes did brilliant things with the confusion.

This is getting a few extra points for being exciting and new, might collapse in on itself next year, but for now, a fun addition to the genre TV club. 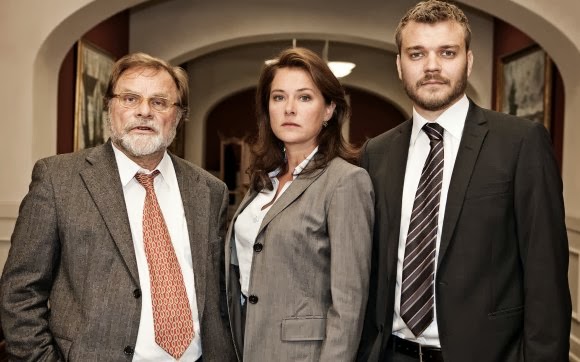 This was #3 in the list last year, so has taken a tumble. Much like Who, a hard show to place, as both the second and third series aired on BBC Four in 2013, and the second was once again excellent. It was as good as the first one and if only that had been in contention, Borgen would be up in the top three or four again.

But series three, sad to say, suffered from a less nuanced storyline on a couple of fronts, amplified by one of the main characters being scaled back dramatically (due to actor availability, I’m told by the internet, rather than a writing decision).

All told, although series three was still a classy show, it wasn’t quite as riveting. Shame. Nonetheless, I hold that Borgen was the best straight political drama since the mighty West Wing. At least check the first two series out, they’re amazing. 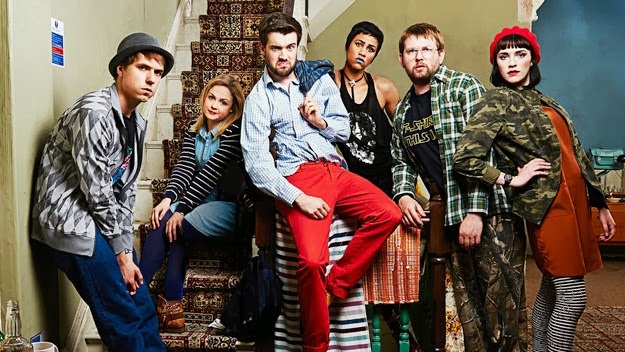 I was kinda excited for Fresh Meat to come back, it was pretty entertaining last year and I still think the JP character, as played by Jack Whitehall, is one of the great monstrous sitcom creations of our time. Still, the third series smashed my expectations. The ensemble clicked, characters who had been digging into ruts (Oregon, Kingsley, Josie) found new ways to be funny and the old reliable favourites (JP, Vod, Howard) were as good as ever.

One of my favourite things in recent days, the third series of Fresh Meat hardly put a foot wrong and ergo it gets to shoot up the charts from #9 last year.

Or Him And Her: The Wedding to use its full title. This was the final series of Him And Her, and my sentiment about it being over might be pushing the show up the ranks a tad, but this was properly lovely. The first two series were among the most heartwarming, upbeat, up-the-underdogs fun things I’d seen in a while, and although the third started to struggle within the “one set, hardly any characters” set-up, they reacted perfectly with this fourth and final one.

So we have a bigger cast, a wider backdrop and a comedy-drama that worked for me on every level, humanising even the characters who started off as caricatures, and ended on a smile, thank god. Glad they’ve ended Him And Her at the right time, but I’ll miss them. 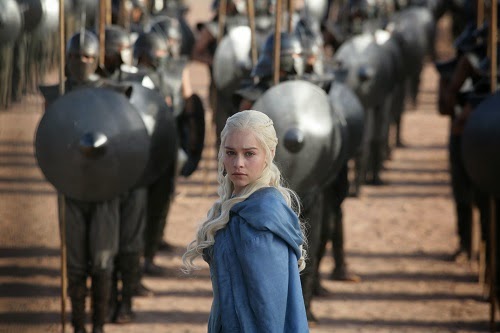 For whatever reason, Game of Thrones season 2 didn’t leave as lasting an impression on me, but this third one I loved. Maybe because I’d recently re-watched the show and read the first three books, meaning I had a firmer grasp on who everyone was, but this was amazingly compelling viewing every week for the most part. So much going on that even when a storyline doesn’t work (the endless Theon-torturing scenes, for example), it’s hard to get too bothered.

It had an iconic TV moment (the Red Wedding), it had dragons and witty political headgames, it had a lot of characters trudging through the woods towards their destiny (the danger inherent in only adapting the first half of a book), it was great. Can’t wait for season four. 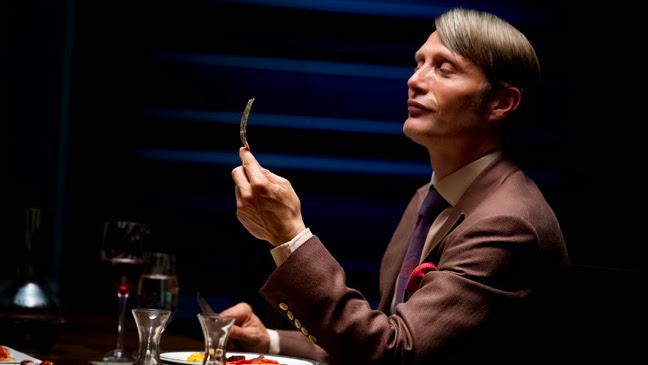 I’ve enjoyed Dead Like Me and Wonderfalls in the past, both from showrunner Bryan Fuller, so it was exciting to hear he was bringing his quirky-morbid sensibility to a known property in the form of Hannibal, a prequel to Hannibal Lector’s movie/novel appearances. Fuller tones down the quirk and pushes more genuine horror here, and the result is a grisly, atmospheric, scary yet charming series, focusing on the sinister friendship between Lector (played this time by Mads Mikkelsen) and FBI agent Will Graham (Hugh Dancy), when Hannibal was at his cannibalistic peak.

Touching on a range of interesting cases but mostly telling a single exciting story culminating in a brilliant finale, this was one of the most compelling shows of the year. I raced through it at high speed, and I’m very happy that we’re getting a second year – even better, it’s coming pretty damn soon. It would probably have been number one, if 2013 hadn’t been the year when another charismatic villain ended his story… 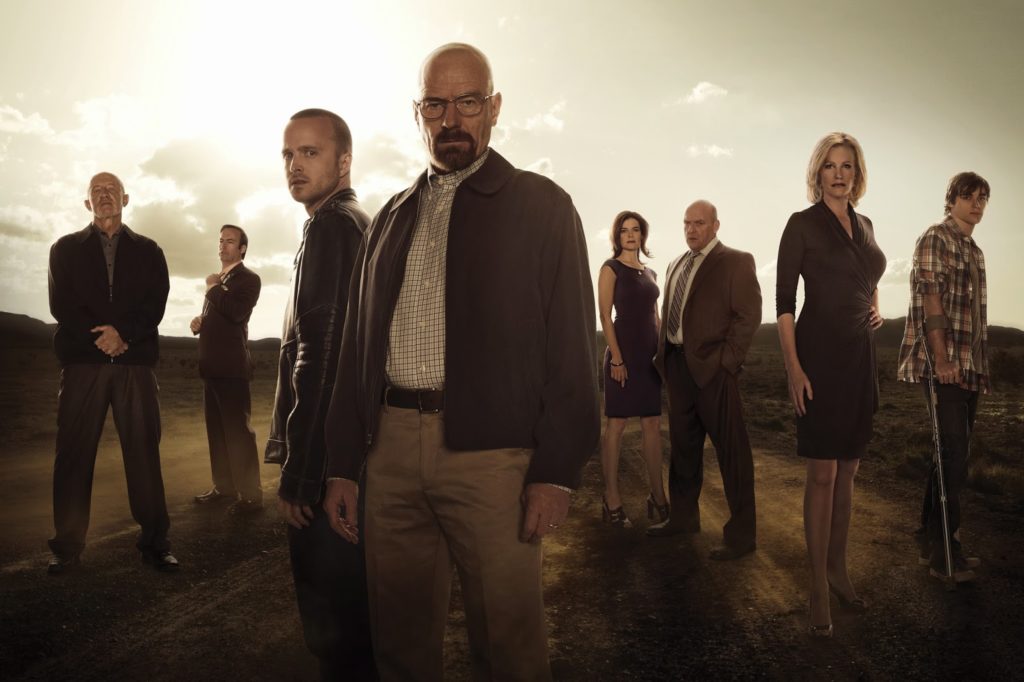 Yes, a TV reviewer puts Breaking Bad at the top of his likes list. I imagine you’re all very surprised. Nonetheless, this was a brilliantly executed ending, staring down sky-high expectations and producing something special. As Dexter proved this very year (sigh), ending a long-running anti-hero series and providing the right degrees of catharsis and justice is a massive bugger, but the drug-cooking adventures of Walter White came to just the right conclusion, ditching many of the distractions and focusing back in on the central relationships.

It produced one of the best single episodes this year in Ozymandias, it had Bryan Cranston doing yet more best-on-TV acting, it was really good. I wouldn’t go as far as saying BEST THING EVER ON TV NOTHING ELSE CAN COMPARE WHAT’S THE POINT as I don’t think that’s a worthwhile argument, it’s just using the quality of Breaking Bad to be implicitly pissy about other shows, but it’s a great accomplishment nonetheless. Interested to see the upcoming Better Call Saul spin-off, but even if that turns out to be a misfire, this was a great complete work.

Anyway. Other shows I liked this year but didn’t quite make the top ten: The Fall was very well-acted and atmospheric but a touch generic and disappointingly ended, In The Flesh did a surprisingly good job of making zombies interesting and How I Met Your Mother has been reinvigorated by the prospect of finally concluding.

Also watched the second season of Parks And Recreation on BBC Four, it was hilarious and uplifting, but I’m so far behind the “new” episodes, I felt odd listing it. Still, check it out.

And with that, I think I’ve filed 2013 away. Back soon enough with some 2014 thoughts, but thanks to anyone who read anything on here in the past year, hope your New Year’s Eve celebrations are pretty rockin’. Ta-ta.