It’s nearly 11:30PM on Christmas Eve and I’ve not got any presents to wrap, which may explain why I’ve ended up writing this instead. I should be doing something, dammit. (Considering I have to leave the house for my annual church visit at 7:50AM, you could argue that I should be asleep, but shut up.)

So, my overarching message here has to be Merry Christmas. To anyone reading this especially, as I’m not planning on plugging it on Twitter or anywhere much, so if you found this, you must’ve made some effort to engage. Or stumbled across it on a fluke. Either way, may your day be merry and not shite.

My Christmases recently have become increasingly quiet, as friends from back home in Essex have ended up scattered around, due to family relocation, marriage, deployment to Afghanistan, etc. My own family is pretty small, so this leaves us with a fairly contained affair. Lots of time to think.

Long story short, I’ve ended up planning a lot of the broad aesthetic decisions for the possible Next Novel. This is potentially unwise, as I really need to make myself do the editing on the one I finished in November, rather than casting it aside for the newer, shinier thing.

Anyway. Even though I am thinking about my writing a lot, dwelling at length on future goals probably isn’t the right material for a Christmas post, it’s more New Year fodder. For now, despite my endlessly grinding, introspective brain, I’m hoping to manage a hazy sense of warm Christmas enjoyment. We’ll see.

Merry December 25th to all, hope you get whatever you’re after out of it – in terms of fun, presents, decent Doctor Who specials, anything. Back here soon enough with a Hobson & Choi chapter, potentially some kind of Who review as well. 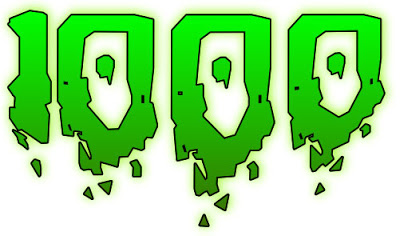 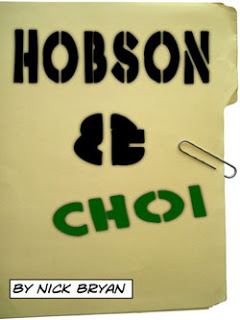 For the first (and possibly last) time, I blog about my local cafe where I have been doing a lot of writing lately. Posted on the excellent Jammatology site.

So, happy new year! As you might notice, I’ve made some 2013 changes. As in, we’re now on Blogger (because Tumblr kept crashing), and the site has a new look. For anyone reading this on the RSS feed, why not go check out the new design?(And if you’re not yet on the RSS feed, why not subscribe? It’s easier than remembering to check the site. Previous subscribers should have come across.)

Anyway. Aside from a new look website, with added staring eyeball, what else is new?

One big change, which I didn’t really plug on here much: I am now Editor of the Television @ The Digital Fix section! Yes, a promotion. I now get to write about whatever I want, or at least, whatever the TV channels dump in front of me. Also, if you desperately want to review TV for a website, get in touch.

Writers always welcome.In other news, I finished one novel, started another. I also have an array of short stories left over from my MA, which I am hoping to get out there soon.

Oh, and I moved out of South London to Walthamstow, home of East 17 and the dubious nickname “Awesomestow”. That might’ve been the biggest adjustment.

So, that was your new year news post. I might try and get the weekly writing posts going again next week, it seems a shame to have a new website with nothing on it except links to other websites. For now, hope you like the site, let me know if you spot a broken link. I have already spent quite a while trying to eliminate them, but Tumblr links are a tricky breed, they get everywhere.

Anyway. Hope the rest of you also had a fabulous new year, I know I did. May 2013 be good and joyful for us all.

Believe it or not, when I posted my brief and innocuous Christmas message last week, I received a complaint from one reader that I hadn’t produced something more substantial. The fact I’d provided a 2000 word story about Christmas a few days previously didn’t seem to placate this guy.

So it’s really entirely his fault, the moaning bastard, that I’m about to inflict a full-length End Of Year blog post on you. I’m planning on listing my own 2011 highlights, then outlining the best cultural “stuff” I have enjoyed during the period. If that floats your boat, read on.

Me, My Writing And I

I generally don’t talk about my life much on this blog, because I already do that on Twitter, and at a length I’m amazed anyone can stand. But just for the record, here are the events that leap out at me from 2011.

That last section went on a bit longer than intended, so this will be fairly brief.
That’ll probably do. If you’d like a short story themed around New Year as well, read this one from last year and pretend it’s called “Operation 2012”.

So, that was 2011. I could make some kind of prediction or publicly declared resolution for 2012 now, but I’ve learnt to stop doing that. Happy New Year, regardless. Hope it’s excellent for all of us.

I did consider doing a whole blog post, rambling for a few hundred words, but I’m not sure there’s audience or need for it on Christmas Day, really.

Stil, to anyone reading, hope you’re having a good time with whatever combination of turkey, presents and crackers you’ve ended up with. If you’ve had a crappy year, you’re not alone, but that’s the beauty of the bright colours and big garish ideas. Distraction, if only for a day.

If you do want season-themed internet content, I posted a festive short story a few days ago, so give that a look. Otherwise, have a great one, and I’ll be back here before you know it. That Doctor Who Christmas special won’t review itself, y’know.