No, this isn’t about Thanos. That’d make better clickbait.

But for that purpose, here’s a picture of him before I talk about my writing process. 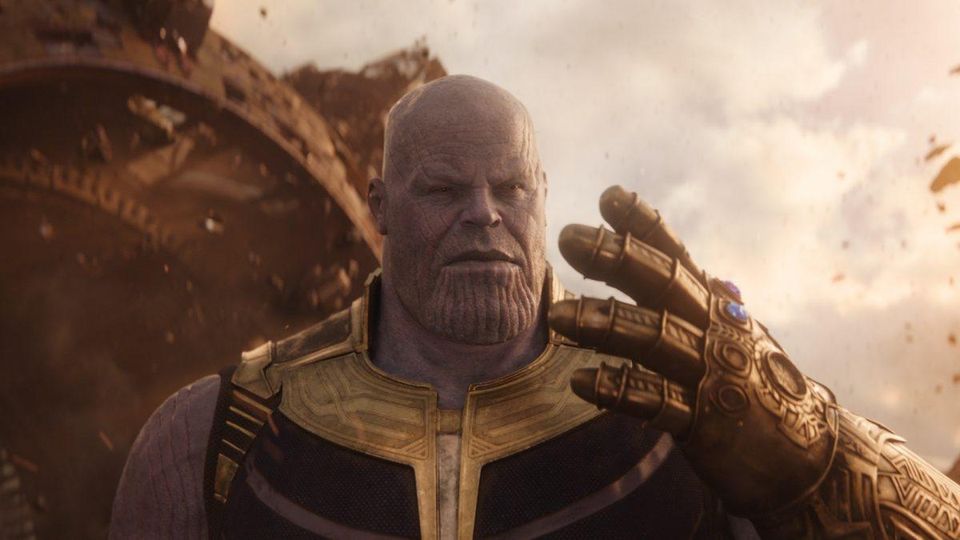 Over the last week or two, I’ve been moving a couple of comic scripts into the final stages. There’s still time to see some fundamental flaw, but they’re within a couple of dialogue polishes of being done.

And it’s around now, when the prospect of contacting an artist moves from a vague overhead helicopter to a roaring oncoming train, that I always get a sudden thudding realisation of how it’ll look to an external observer. Like I leave my body and start hovering over the script.

Exactly like before, but somehow different, as I am a disembodied pseudo-reader-mind.

And suddenly, oh my god, that bit doesn’t work. Or, more often, wow, too much dialogue. And then, consumed with this knowledge, I begin whittling it down into what becomes the final form.

It’s sometimes frustrating, as I normally get quite pumped up about the oncoming end, until this inevitably happens and I need to do another pass.

The process is more or less…

And it’s a comedown, but this final polish is normally when the real, genuinely good version of the story makes itself known.

It’s the final stage of the birthing process and it’s good to be there again in a way, as seeing the final comic in my mind is probably a sign it’s almost ready to exist.

Although, not going to lie, I do wish I could force myself to go through all this a few weeks earlier, as although I’m happy with the end result, a chunk of rewriting ends up pointless in the face of this final revelation. A bunch of material I previously “finely honed”  gets purged.

Maybe it’s a minor symptom of impostor syndrome – refusing to see my work as a real thing, until it becomes impossible to do otherwise.

But I guess everyone wants that – skipping to the beautiful final version without all the drafting and editing. Maybe I need a way to float out of my mind on command.

Wait, is this how so many creative people get into drugs?

Yes, I could’ve found a way to end this calling back to Thanos, but I failed.