Hello!Since I keep saying I should do a blog here without a podcast attached, I thought I’d slide a quick one out today – because it is my thirty-second birthday! And I always seem to blog on this day, for whatever reason.

I’ve got to go out for my celebratory activity quite soon – more on that later – but here is some stuff. It’s been a while since the last substantial Hobson & Choi update, so let’s start there…

H&C4 – Coming To The Airwaves! 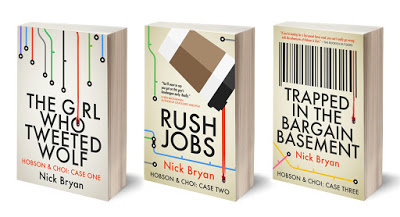 Yes, I have a complete not-shit draft of Hobson & Choi Case Four! Almost time to send it to the external editor, get some informed feedback and then take a big swing to try and make it publication-ready.

First, however, I have to read the whole text out loud to myself. I inflict this upon all my fiction-prose work before releasing it to an external audience, because I find it really helps with the flow of the writing. However, it is boring as shit, and no amount of knowledge that it’s useful seems to change that.

I did a whole blog post on this task a while back if you’re interested in more, but the current-upshot is: H&C4 is coming along, it should be with you… if I had to guess, I’d say around the third quarter of 2016. I am hopeful that it won’t slip into the fourth, but no promises.

Weirdly, looking back on my thirty-first birthday post, this is almost exactly where I was with H&C3 at the same time last year. However, I’m hoping it won’t take until October to get this one out, as I don’t have the distraction of moving across London this time.

So anyway, it’s coming soon. If you want to check out any of the first three, you should absolutely do that. The first case remains free on digital. All links and info on the main H&C page. 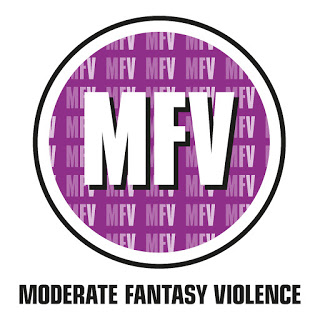 My pop-culture-chat podcast Moderate Fantasy Violence, the focus of every other post on this blog so far in 2016, continues apace. For my birthday activity, we’re going to see the widely-criticised film Batman V Superman: Dawn of Justice. Then we’ll record our fourth episode tomorrow and see if we can add anything to the critical conversation.

Yes, the film’s reviews are bad, but it sounds like it might be an Interesting Failure, and those are absolute catnip to story-talky-people like myself, so I’m still excited.In other MFV news, we now have a proper separate website at ModerateFantasyViolence.com where you can see and listen to all the podcast stuff so far. Kudos to my co-host Alastair JR Ball for doing most of the hard work setting that up, it looks great.

As well as the main episodes that I’ve been posting here, you can hear some deleted tangent-conversations that were cut to get the shows under an hour. Check that out, and if you fancy subscribing to or reviewing us on iTunes, even better.

So how are you in yourself, Nick?

Kinda struggling to get another writing project going thanks to ideas not quite coming together or seeming as beautiful on the page as they do in my head. Once H&C4 is off to an editor, I’m going to take another swing at that. I think I’ve probably become a bit complacent thanks to spending so long working almost exclusively on Hobson & Choi, which is a world I love, know and can write easily. Maybe a short story or something to make it less intimidating?

And outside that, the new flat in Lewisham seems to be working out, realising my long-held dream of doing a podcast is a lot of fun and I don’t even mind turning 32 because it seems a lot like 31. So cool. Good work. See you back here next year, I suppose?

(I will attempt to blog at some stage before my thirty-third birthday.)