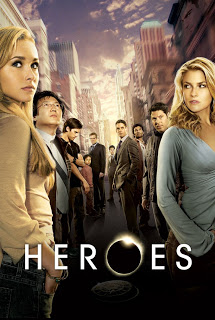 Recently on the ever-lovely Web Fiction Guide website, a discussion arose on whether it was wise to avoid reading other material similar to your work-in-progress, lest you subconsciously steal their ideas, and it’s an interesting one.

I’m sure I’ve seen the ever-blunt Warren Ellis post on one occasion that he was avoiding certain material as it was too close to something he was working on. This would be a better anecdote if I could remember any context at all.

But the point being: should we worry? After all, if it could happen to Ellis, it could easily happen to the rest of us.

I Could Be Your Heroes, Baby

Broadly, I think the general advice is to read widely around your area, filling your head with influences, thus allowing yourself to plagiarise from several people at once, replicating no one story whilst homaging several, putting yourself above criticism. But what if the one story came up that really was exactly like yours?

I mean, my first ever completed novel manuscript was uncannily similar to the TV show Heroes – both revolved around normal people getting comic book superpowers. It was more of a contained character drama, rather than going into the conspiracy stuff, but I’d used a lot of the same scenarios as them. Basically, we were both influenced by/ripping off roughly the same superhero comics. (Don’t worry though, I still got some use out of the characters – they are the suspects/cannon fodder in my current Hobson & Choi serial. Except now they have no superpowers to save themselves.)

Most interestingly of all, my story had a villain called Skyler and Heroes had one called Sylar – does anyone know what we’re both “homaging” with that? I’ve never accurately traced it.

The Devil’s In The Doritos 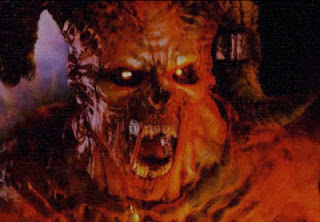 I mention this because I’m considering reading more around Faustian deals for the current novel-in-progress, and although I’m sure there’s some great stuff, I’m a little concerned I’ll just subconsciously rip it off.

Thankfully, I haven’t yet stumbled across the one story which resembles mine so much, it makes me throw my hands up in despair and say “Fuck it, it’s all already been done, I’m off home to cry, put Heroes DVDs on and throw Doritos at the TV again!”

But will I, one day? Or do I need to grow a little writerly hubris and accept that my work is unique for its voice and slight resemblences are inevitable? (Especially when dealing with something as well-mined as the Deal With The Devil.)

Probably the second one. Anyway, more ruminations may follow, just wanted to get that out there. If anyone has any recomendations for Faustian deals in literature, feel free to mention them in the comments. I’ve already got Doctor Faustus itself on the pile, don’t worry.

Or, indeed, if you know where me and Heroes nicked Sylar/Skyler from. It was a decade too early to be Walt’s wife from Breaking Bad.

Previous Post: « Against A Dark Background & Cuckoo In The Nest – Some Book Reviews
Next Post: “Extraordinary” – A Superhero Story for National Flash Fiction Day 2013 »