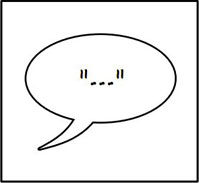 Once I’ve completed a piece of writing, there are a few steps  I take before showing it to anyone else or slap it up online. Some involve factchecking, rephrasing and reading stuff aloud, but by far the most inevitable and aggravating is hacking “actually” and its tedious ilk outta there.

Equivocators, qualifiers, half-arsed fence-sitting non-words that do nothing except sound clunky and damage the meaning of whatever you were trying to say.

I like to think everyone suffers from an abundance of this crap in early drafts, but my work is always painfully riddled with it. “Actually”, “somewhat”, “quite”, “a little bit”.All of them can piss off and die in a medium-depth swamp.

Even on Twitter, if I don’t glance over messages before I send them, I often end up, much to my fury, somehow jamming two occurrences of “actually” or “actual” into only 140 characters. Where do they come from? Do I have a brain tumour spewing some kind of waste product into the rough area of my lobes that manifests itself as an actual abundance of kinda pointless little words with quite literally no use?

For longer pieces of work (meaning anything beyond 1-2000 words), I have a step in my redrafting where I do nothing but run a ‘Find’ in my word processor for all the stupid non-words I can think of and bring a Stalinist purge down upon them.

So, anyway, I thought I’d use what little platform I have to check: everyone else has this problem, right? Is there a cure? Because, even if it involves brain surgery, I’m ready to consider it at this stage.

Previous Post: « The Time Traveller’s Wife by Audrey Niffenegger – Untimely Book Review
Next Post: I Am Not A Travel Writer »