I normally have a writing update in this slot on the blog, but I haven’t done much work this week, as I went off to London Book Fair 2014 in Earl’s Court. So, I thought I’d write about the experience from my perspective as an internet-using nearly-maybe-self-published author, on the off-chance it helps someone else or satisfies some curiosity.

(Although for anyone who is here for the writing updates: I got another short comic story pitch accepted by the nice chaps at GrayHaven Comics, so things are progressing.)

Anyway, for one week only, let’s move the adventure outside my room. I went to London Book Fair and what did I learn?

As plenty of people will tell you, London Book Fair is not really a place where writers go to talk/learn about writing – it is a publishing industry event where those in the business go to network and discover what is coming up in that world. Not many traditionally published authors seem to go, unless they are one of the few special guests or have a meeting lined up.

However, we are living in an exciting new age. Not only are some authors doing a lot of their own marketing via Twitter, but a fair few are their own publisher too. I haven’t yet self-published anything – although you can buy my stuff on Amazon in these anthologies if you want – but as avid H&C Podcast listeners will know, I’m slowly getting my shit together for some kind of Hobson & Choi Ultimate Edition via self-publishing.

With that in mind, I went to quite a few seminars about the whys and wherefores of self-publishing, and did end up reconsidering quite a few of the approaches I’d been going for before. Firstly: probably will do a print edition as well as digital, at least for my first volume. If it sells fuck-all, might not bother for Volume 2, but I’d been assuming I wouldn’t be doing any hard copies at all. But apparently print readers are still out there, according to a few of the Bestselling Indie Authors who spoke.

If nothing else, my Mum will be happy. And, in fairness, the first time I mentioned this plan to a friend, they immediately asked if there would be a print book – and they’re a Young Person with an iPad and everything.

Also, I will likely hire a proper editor, for at least a copyedit to make sure it’s a competitive product. This is something I have been back and forth on, but it was the one lesson every single self-publishing seminar agreed on. And if this venture turns out to be a disaster, I’d rather it not be because I ignored the most obvious tip everyone gave.

I’m also hiring someone to do a decent-looking cover design, but I’d decided that already. My limited Photoshop skills are not up to the task, and I’m not really up for joining the terrible self-published covers club.

So, that was the fundamental returns of London Book Fair for me. I went to immerse myself in self-pub research and I succeeded. I have discovered things. Well done me. If you too are an author wanting to explore this area, it is probably a good exercise – but again, little discussion of the actual writing.

If you’re planning for the publishing end of your operation to be handled by your mum/a publisher, there may not be much to do. But hell, it’s a fairly cheap event, so if you can see any interesting seminars then why not? It’s sufficiently inexpensive that you probably won’t feel guilty if you pay and only go for a day. 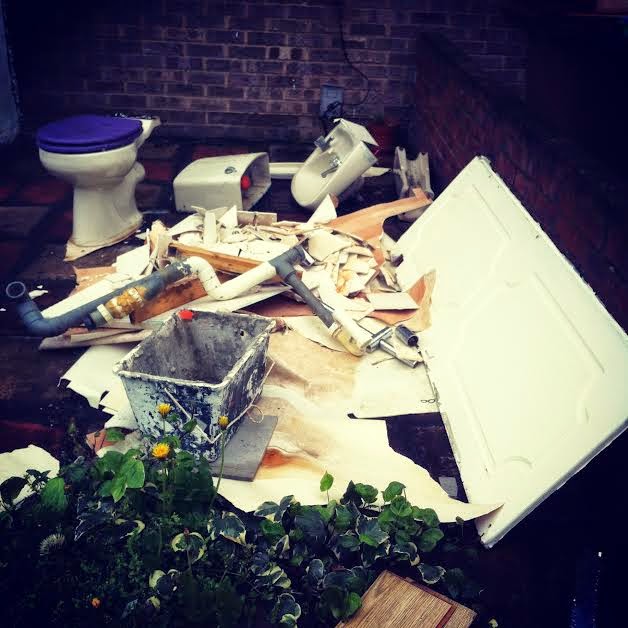 I spent a lot of time in self-publishing seminars (in fact, probably enough time – I was feeling ready to lie down by the end), and the above section does contain my substantial learnings of LBF. But there were other things, and here are the highlights:

That’s it, I think. Thanks to fellow blogger/writer-type Julianne Benford for accompanying me to the event – read her more informative, less crisp-focused blog post about it here – and already-self-published author and fellow Big Green Bookshop writing group member Chele Cooke for sharing her personal experience between seminars. If nothing else, self-publishing almost feels like a real thing that real people do now, y’know?