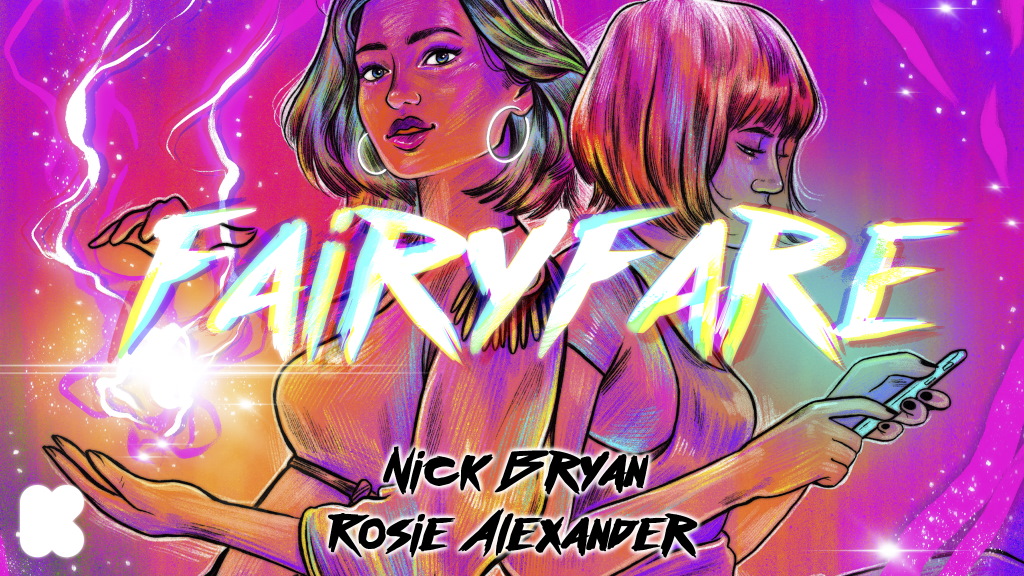 After centuries spent trudging from door to door granting wishes, one of the fairyfolk looked at the modern world of smartphones and gig economies and realised - there should be an app for this.

Log onto FairyFare now, and have your problems solved, tasks completed and crises averted, all in one snap of a magic finger. (Terms and conditions apply - no sex, power, love or money.) Not only will FairyFare solve your problems, their cut of the fee goes to charitable research!

Or why not join the team as a pixie, attending call-outs and improving lives one job at a time, with the help of a menagerie of magical creatures? London-based sisters Philippa and Natasha Spaight both signed up, and... Phil seems really happy with it!

Admittedly, Tash quit and is now out looking for a new job, as she couldn't stop wondering - is cash-for-miracles really the way to a better world? And why do these fairies want human money anyway? 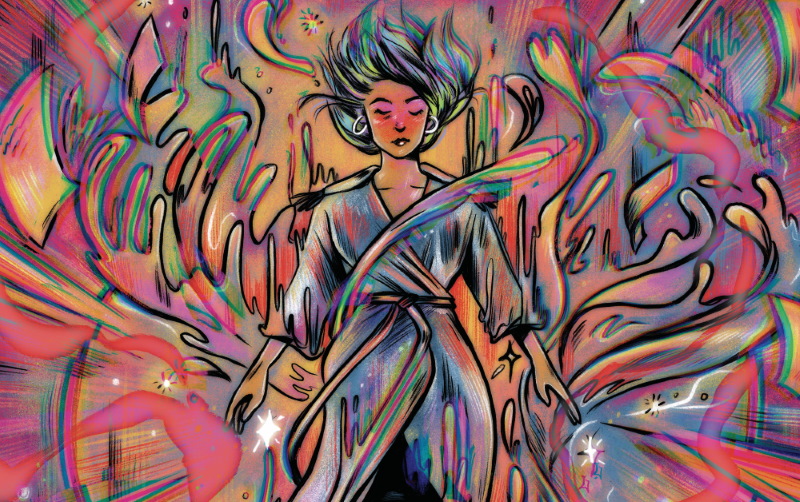 FairyFare is a new urban-fantasy comic mini-series about magic and money, by Nick Bryan & Rosie Alexander, the team behind 2018's The Little Deaths of Watson Tower one-shot, and the first issue is launching soon on Kickstarter!

After tackling a black and white city full of grim reapers in their previous collaboration, this time they're away with the fairies and in living, glowing colour.

As well as physical and digital copies of the new comic, the Kickstarter campaign includes other rewards, such as guest prints by artists Robert Ahmad (with colourist Gabby Metzler), Lane Lloyd and Sonya Kinsey, plus stickers, commissions from Rosie and more. Head on over to the Kickstarter page now to get involved!