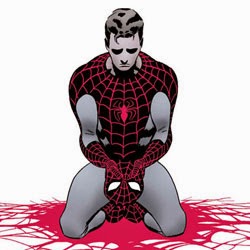 A couple of months back, I finished drafting a fantasy novel which ended up having the bulk of its middle act and about half its third erased – not after the first draft (which is kinda acceptable) but after I’d finished a beta-readable draft and thought things were going okay.

More recently than that, I went back to the third and final major Hobson & Choi webserial storyline, ready to punch it up for eventual book release. Rather than just chopping and changing a few scenes, adding chapters to flesh stuff out and punching up the writing – as per the first two books – I ended up deleting much of the final third of the story and starting over.

(So yes, H&C serial readers, it might be worth buying the third book, as not only will you get a new bonus story, but also a large chunk of the main storyline entirely reimagined. The new timeline will be used for the books going forward, while the original serial events drift off into non-canon limbo.)

Having been editing these various projects solidly for the best part of six months, my insistent feeling that this level of trashing material must never happen again is getting prohibitive. Don’t get me wrong – it’s obviously quite positive that I’m able to recognise these problems, plan changes and execute them, rather than getting hung up on killing my darlings or whatever. But the more often it happens, the more I start thinking… surely eventually I’ll be able to avert it earlier, right? Eventually I will live in a creative utopia where first drafts sing and dance perfectly in the pasture?

During breaks from editing, I’ve started laying down early scenes for something entirely new, and find myself semi-paralysed by the knowledge that I might eventually have to delete a load of it. Like when Spider-Man feels guilty about not saving someone and makes some weird vow that no-one else will ever die again, I suspect a commitment to total perfection isn’t sustainable.

All that happens is this: you write six-thousand word planning documents, hoping that if you prepare enough, the odds of needing to ditch and rewrite shrink a bit. And then you put off ever starting the first draft, because if you think about a project long enough, there’s always some small problem you can’t quite solve.

Realistically, the metaphorical Green Goblin (I just like comics, okay?) of me fucking up is still going to be out there no matter how much I plan and I’ve just lost the knack of fear-free first drafting after so many months editing.

Regardless of all this introspection, the fact is: once I get the third H&C done, I’ m going to have to get back to scribbling new stuff somehow, as I will simply run out of things to edit. Well, unless I pull out one of my abandoned novels from my early twenties and try to rewrite that instead of doing anything new, but… no, let’s not give me ideas.

Previous Post: « Comic story by me now buyable! “The Case Study” in The Gathering Noir!
Next Post: How To Be Number One! (In the Dark Comedy category on Amazon US!) »