Like most of my big announcements, this one was somewhat buried in various podcasts and the London Book Fair blog post a month ago, so here it is up top: I am planning Hobson & Choi self-published editions, collecting the series storyline-by-storyline, with proper covers, editing, extra material and general joy.

The first of these should be out in the summer, for both e-readers and paper-readers. The second… hopefully by the end of the year, but that could end up being optimistic.

So, as I embark on this adventure, I thought I’d blog about it a little. These will be on an irregular basis rather than every week, as there won’t always be anything to report. And yes, it is taking a fuckton of willpower to not call this Self-Pub Update #1 and start numbering them, but I’ve only just made myself stop doing that with the writing blogs. Must be strong.

Anyway. How’s it going with the self-publishing, Nick?

I’ll spare you lengthy descriptions of my editing process, as that’s another thing you can get extensively in other posts. Suffice to say, the knowledge this will be going public in the near future does focus the mind. After I went to all those self-pub seminars at London Book Fair, it became clear that editing perhaps wasn’t something I should do all by myself. 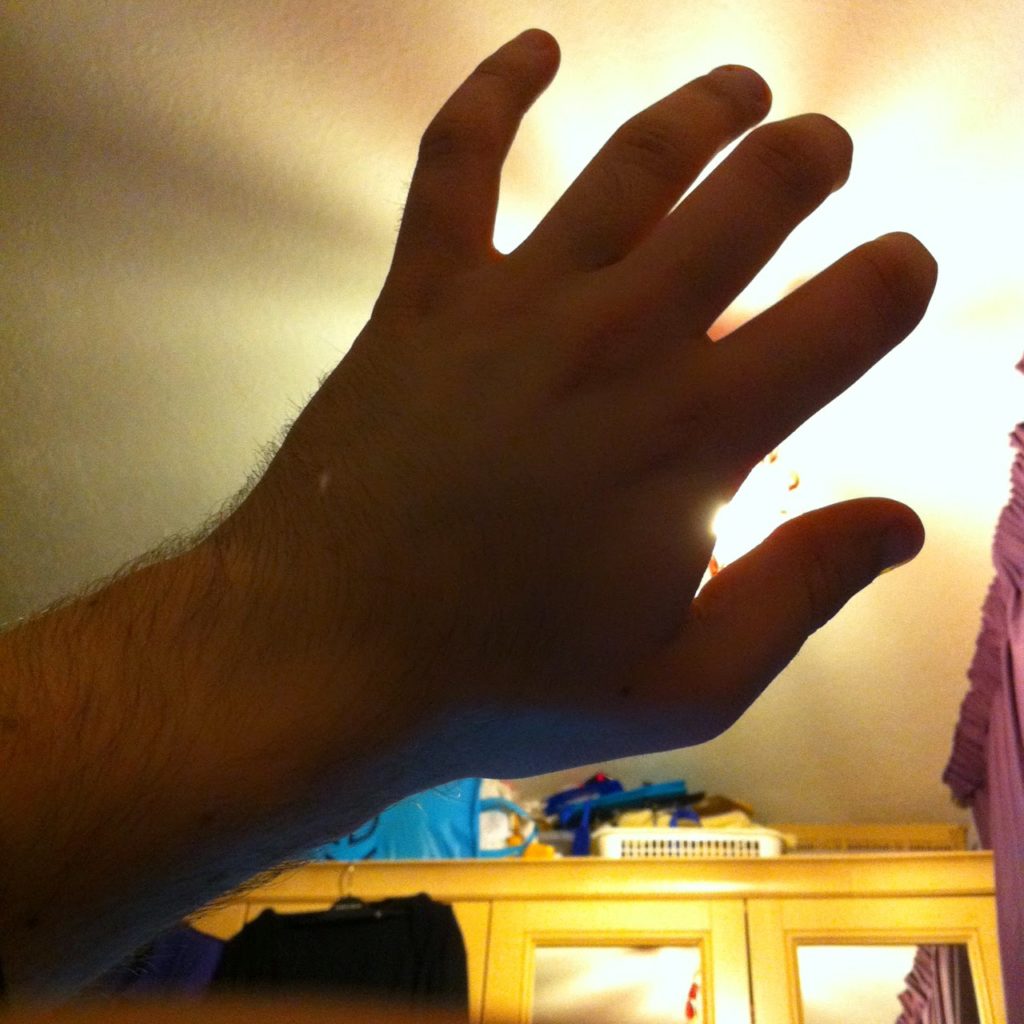 After all, I wrote Hobson & Choi, edited it before publishing to Jukepop, yet again before recording the podcasts, did another pass recently to get it into a book-shape with longer, more substantial chapters. I’m fairly close to this material. I know it better than I know the back of my hands, because I stare straight pass my limbs to the monitor. See picture to left for an illustrated metaphor of how my hands are kept in darkness by the shining glory behind them.

So, as everyone advised in the seminars, I engaged the service of an actual editor. Sent the manuscript off to them a week or so back, and the moment I get it back and have to face their opinions is one thing I’ll definitely blog about here. I’m only a little scared.

But the story needs to be the best it can be, I gotta compete with not just other self-pubs but traditionally published authors who get editorial feedback from agents and/or publishers. Mustn’t do this half-arsed, no matter how much my bank account sometimes wants me to.

As mentioned up top, we have extra material, to entice fans of the original serial into picking up the book anyway. This takes the form of an extra short story, set in the Hobson & Choi universe (well, it’s mostly one city so far) and expanding on some minor characters. To be precise, it takes place behind the scenes in the criminal pub The Left Hand.

This story exists in second draft form and I’m pretty pleased with it. Hopefully I’ll become even happier as edits continue. And in terms of providing even more value to existing readers: it’s entirely possible these editors will tear my text apart so much, it’ll basically be a whole new story.

JUDGE A BOOK BY THIS 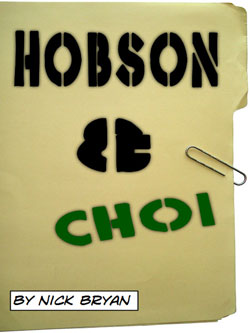 Lastly (for now), the other thing I decided I shouldn’t, couldn’t and wouldn’t do myself: making a cover for the book. Not that the existing H&C cover (on the right there) hasn’t served me well, but I don’t know shit about graphic design.

So I commissioned the nice people at Design For Writers, and it looks like we’ve got something. They come highly recommended if you’re after a book cover. It was a tough process at times and I needed to make intimidating decisions, including a new title for the whole first storyline (eek), but I think we’re there.

Which means I get to pull off one of those cover reveals all the cool self-pub authors do. I’m going to put it off for a few weeks, because we’re still months out from actually publishing, but trust me, it’s worth it. Or get me a drink and I’ll probably show you on my phone.

Don’t have to wait for me to drink the drink, I’ll happily give it up just in exchange for a pint existing.

So that’s where we are with the Hobson & Choi self-publishing project. More updates will follow when something else tangibly happens. Questions? Worries? Suggestions for my marketing strategy? Comment below!

Previous Post: « I AM NOT A NUMBER (but my novel editing progress is and I can’t stop looking at it)
Next Post: Why can’t I work at home? – A video study in writing and procrastination »