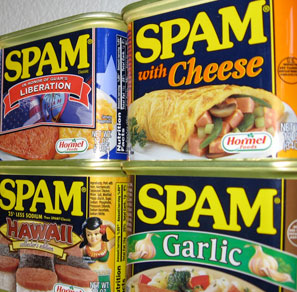 I’d already worried for a while about how much to plug my various writing endeavours on various social networks. Mostly Twitter, but others too. Recently, though, I started doing Hobson& Choi on Jukepop, and I’m telling you, I love doing it. Wanted to do something serialised ever since my comic-loving yoof.

But Jukepop operates on a competitive vote-up system, so to succeed, I need people to go vote for me. And I already felt I was pestering people to read my work quite a lot, so… is this too much? How much is too much? Is this much of a muchness?

Let’s blog about it.

There are a lot of aspiring/self-published writers on Twitter trying to get their work out there, and if you enter that community, follow a few people, you find yourself deluged with links and promo hyperbole. It’s hard to argue with the goal, but when everyone’s doing it, how do you stand out?

I tell myself at least I’m generally plugging new material – I don’t usually push work for longer than a day or two, and TV reviews I only mention once – rather than flogging the same thing repeatedly, but ultimately, it’s still a lot of links. I can’t pretend I’m on that much higher a plane here.

Ultimately, I gotta cross my fingers and pray my followers care – maybe dial it down if the audience figures slide toiletward. But by the same token, there’s only so much I can push things to the same few people, thus why I just mention things a few times to account for time zones, then drop them.

After all, I also have idle life updates and toilet jokes, and I’d hate people to miss out due to unfollowing. Yes, it’s my work which I’m genuinely passionate about, but for the same reason, I don’t want it to become background noise either. And there must be places online actually intended as locations to push your flash fiction/serial fiction/TV reviews, rather than just chucking them out into the general Twitter vortex and hoping they “go viral”.

Especially if I’m looking for people to not just idly click the links, but actually invest enough to vote, maybe it’s time for a little targeted marketing. What I really need is some kind of Social Media Marketing Guru to tell me about this – anyone know where I could find one?

(Or, indeed, any thoughts on the issues raised above, shout out in the comments. How much plugging is too much? Is there such a thing? Has anyone had a relative disown them due to excessive flogging of their writing?)

(Creative Commmons spam photo by Arnold Gatilao on Flickr, by the by. Okay, enough bracketed epilogues.)