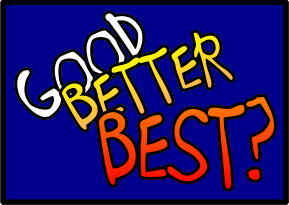 I am currently taking my third swing at the same novel idea. This one started as a short story during 2011, before I promoted it to novel status for NaNo 2012.And now, having written 25,000 words back then, I’m rewriting most of it yet again.

Three starts on the same story. My impatient younger self would’ve told me to give up and try something else by now. Does he have a point?

Despite often struggling with editing, I’ve found it weirdly satisfying to usher this story into its better form. It helps that I’m not scrapping the previous version entirely (although I’m rewriting or refocusing almost all the text), thus avoiding blank page terror.

Of course, I could have forged on and written the newer version from where I’d reached, without bothering to change the beginning, if not for the second factor…

I’m told learning to love editing is a big maturing step for a writer, and I’m getting there. For my next trick, I’d like to learn to write out of sequence. Currently, writing the last 75% of a draft whilst the first quarter contradicts it seems totally alien to me.I mean, why bother? I’m going to make so many changes, most stretching back to the start, so if I don’t sit down and edit those early scenes, I won’t know what to reference and will probably end up re-re-rewriting the later parts. I know a few writers who work out of order, and maybe one day I’ll understand them.

The Matrix – Can You Relate To A Spoon?

Finally, the influence of that Scarlett Thomas writing manual I reviewed a few weeks back. She had a lot to say about planning and structure, and it did get me thinking. I filled in the matrix she provided, mostly out of curiosity, and it did give me some new ideas. (If you’re curious, you can download it from her website here. Whether it’ll be much use without the context of the book, I’m not sure.)

In fact, even though I wasn’t entirely agreeing with her focus on “writing what you know”, it sums up many of the changes I’ve made. Making the lead character more relatable, grounding the whole thing more, hopefully holding my interest more.

Previous Post: « Turning Writing Into A Game – When Do I Win?
Next Post: Zero Dark Thirty – Some Dark Thoughtys »