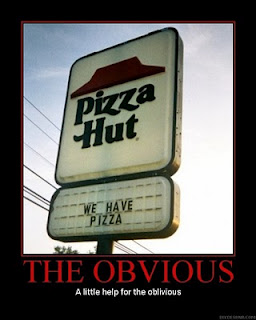 As I hinted in my awkward-yet-strangely-touching intro post, one of the problems with suddenly deciding to blog about writing is that everyone else has been doing it for some time, and many of them have more experience in the field.

More to the point, there is a lot of basic writing advice out there in one form or another, including endless retweeting of trite inspirational soundbites. So much so that I long ago started ignoring them –  nonetheless, that doesn’t make me right. Or write.

So, to inspire me as much as anything, here are four bits of obvious writing advice which I have picked up over the years on sufferance.

1) Carry A Notebook To Write Something In

A writer should have a notebook on them at all times, in case that crucial idea for a story comes to you whilst walking down the street, using the crapper or drinking heavily and staring into the abyss.

I don’t do it, obviously. I have a smartphone, so just send two or three word emails to myself whenever an idea comes to me, and then sometimes forget what they mean.

2) Write About Something You Care About

It has to come from your soul, be meaningful to you first and foremost, and if it isn’t, the audience will know, because apparently you are writing to an imaginary audience of psychics.

There have been some very fluffy phrasings of this one, and it’s perhaps true that something you genuinely believe in might end up working better than some dribble hacked out to appease the masses. However…

3) Write Something That Will Sell

Particularly in these troubled times, we probably shouldn’t overlook commercial reality. Some young writers get their start churning out not-really-their-thing fiction or copy for websites, and I’m 99% sure they didn’t dream of doing that in their youth.

So how am I reconciling items two and three? Well, badly. Because, yes, you gotta make a living, so the trick is enjoy the pure act of writing even if you aren’t working on the dream project. Otherwise you’ll be pretty miserable.

See also: “Writers write!” and “Don’t just talk about it, do it!” This one is so painfully obvious and over-blogged that I almost didn’t include it on my blog list of obvious advice, but it’s earnt its place through sheer repetition.

Which brings us to the end of our list of four well-worn pieces of writing advice. Next week, I may try and say something more novel, but for now, let me know in the comments if I’ve missed anything, um, obvious.